Christian Pulisic is among the most talented American soccer players of his generation and could soon be joining the likes of Lionel Messi, Neymar Jr. and Cristiano Ronaldo on Europe’s top club teams like Juventus or Real Madrid if he continues to improve at a meteoric rate.

Christian Pulisic is a soccer player who has been playing for the United States national team since 2016. He joined the club at the age of 17 and has had an impressive career with them so far. 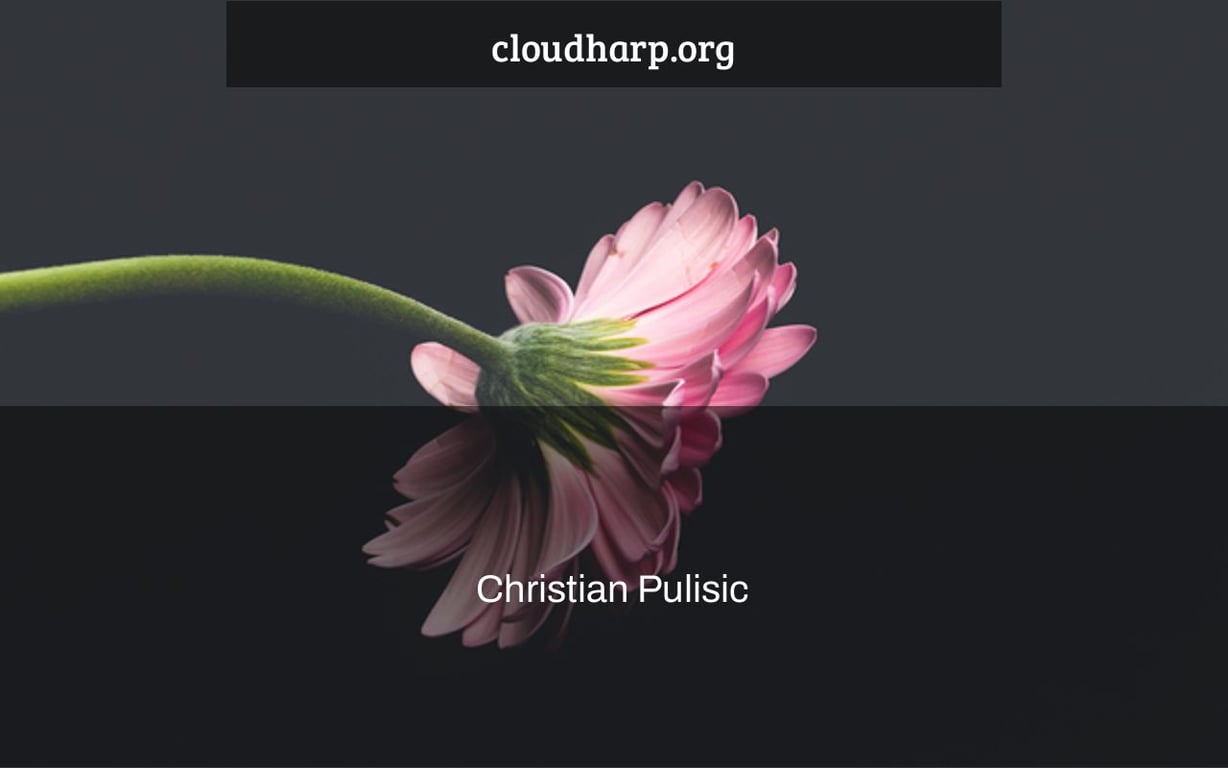 Christian Pulisic, a striker for the United States, has had an up-and-down year at Chelsea, but he is looking forward to helping the USMNT qualify for the World Cup.

Pulisic won the Champions League in May 2021 with Chelsea and the CONCACAF Nations League in June 2021 with the United States. After suffering an ankle injury in a World Cup qualifying match against Honduras in September, he was out for two months. As he pushed for a starting position, he was sidelined until Nov. 2 and has only started seven of Chelsea’s previous 11 Premier League games.

“It’s been up and down this [past] year, for sure,” he said ahead of the United States’ World Cup qualifier against El Salvador on Thursday night (Thursday, 7 p.m. ET; stream LIVE on ESPN2, ESPN+). “Not exactly where I want to be and how I want things to be right now. But, yeah, I’m just going to keep going.”

Pulisic has also been moved from his winger position to a center-forward or wingback role at Chelsea under manager Thomas Tuchel. In Premier League games for Chelsea, he has only scored three times.

“‘It’s difficult,” Pulisic said. “I haven’t always been able to play in the positions that I want. However, I believe that versatility, or the ability to play in a variety of positions and possess a variety of talents on the field, is a valuable trait.

“So, yes, I’ve learned a lot, and I believe I’m ready to maybe be in a position where I’m more comfortable in the next couple of games.”

Pulisic made his comeback for the USMNT in November, scoring the game-winning goal on his first touch in a 2-0 victory. He tied for second place with Kasey Keller and Clint Dempsey for his third US Player of the Year title a month later, behind Landon Donovan’s four.

Berhalter remarked, “I absolutely enjoy the idea that Christian is battling, wanting to get on the pitch.” “And whether he plays forward, where his natural position is as a winger or withdrawn offensive midfielder, or wing back, he’ll do whatever it takes to stay on the pitch.” That, I believe, is an indication of character.”

When asked how he manages the strain of being a key player for both his club and his nation, Pulisic stated he tries to maintain a healthy balance.

“‘I have two sides,” Pulisic said. “There’s the soccer side of things, and then there’s the human side of things. As a result, the personal aspect is even more essential to me, and I’m doing OK in that regard. But, yes, it may be a lot at times.

“When I arrive to the national team, everyone usually asks, ‘How are things at Chelsea?’ ‘How — what exactly is this and what exactly is that?’ And, yes, it is difficult. It’s a challenge. It’s obviously had an impact on me, and it’s been challenging psychologically at times. But I’m always looking forward to returning with the national team and taking a step back and enjoying it.”

Berhalter anticipates a difficult rematch against El Salvador on Thursday, after the two sides drew a 0-0 draw in September to start the qualifying campaign.

“They’ll be pushing hard, and we’ll have to transfer the ball swiftly,” he added of El Salvador. “In the first eight games, they were the best pressing squad.”

The team’s next matches are against Canada on Sunday and Honduras on February 2 in St. Paul, Minnesota.

“We’re in a good situation, and by the conclusion of this window, we may be in a wonderful position,” Pulisic added.

This article was written with the help of the Associated Press.

Christian Pulisic is an American soccer player who plays as a forward for Borussia Dortmund and the United States national team. Reference: christian pulisic transfermarkt.

John Wall Pulls a Ben Simmons With Instagram Shooting Video, but It Does Nothing to Boost His Trade Value